Welcome to The Stage

The Stage is a Platform created in alliance with Audiosocket’s community of artists and creators to celebrate and showcase the Works of our incredibly diverse community.

Audiosocket is a small and diverse team committed to fighting injustice and systemic racism around the world and promoting the values we embrace. There is beauty, knowledge, and strength found in community and collaboration across race, lifestyle, religion, and perspective. These differences define our dynamic community and we’re excited to help raise the voices of those that inspire and promote positive change. We hope you enjoy our new virtual showcase and will consider submitting your own works that highlight Creatives who are working to bring about lasting change.

When rapper Taylar Elizza Beth dropped her Fresh Cut Flowers EP last month, there was a wave of enthusiasm booming from the local hip-hop community. Her fellow Seattle rappers and producers all changed their Twitter avatars to her album cover in support and fans have been quick to vocalize just how good the record is. The hype is real and the hype is deserved. No one quite sounds like White when she jumps on the mic. Her vocals come through the spacious beats with celestial inflection. It’s a beautiful dichotomy as she grapples with her own identity while sounding completely unique. We caught up with Taylar to talk about the formation of her new record, building up Seattle’s hip-hop community, and making music that makes her audience feel seen and acknowledged. One of the first things I’ve heard people mention when they talk about your music is your voice. You have such a compelling and interesting flow. Is this something you’ve developed over the years or did it come about naturally?

The word naturally is interesting to me because everything I do is natural. It’s who I am, it’s a part of me. My voice has definitely developed into something I feel more comfortable digging into. So I’d say both, my unique vocals have always been a part of my sound, I am simply allowing that sound to be accessed.

I understand that you were originally going to put out Fresh Cut Flowers last summer but decided to scrap the project. What led to that decision? How different is the current version of the EP compared to the original version?

Last time around this year I was going through some very intense personal decisions. I was in a pretty unhealthy state and the old project reflected that. It was afraid to be genuine, it wasn’t true to who I hold myself to be. I made the choice to restart (all but “Free My Mind”) and take a step back to create a more powerful project. I would never show anyone the first version! LMAO, The Fresh Cut Flowers yawl received is exactly what it was always meant to be.

Each track on the EP cites a different producer, yet the whole thing flows together so well. How do you decide who you’re going to work with on a track and how involved are you in the production process? Is there a lot of back and forth to getting the sound you want?

Ya know, when I first decided I wanted to create a new EP I also realized I wanted tracks made specifically for me. The four producers I worked with (all from Seattle) are some of my favorite artists. I chose them carefully based on the exact sound I felt we could create together. I had never had a hand in production before and it was fun to develop these beats along side the producers. Surprisingly, we all met only 2 or 3 times to get the perfect beat. Like I’ve said, it all happened like it was simply meant to happen. Fate.

It feels like there’s a lot of searching for identity on this EP, right from the start of life story recapping of “Synthesis” to vulnerability of “Storm”. Going through the process of creating and releasing this album, do you feel like you’ve come to any personal revelations? What do you hope people take away from the record?

Absolutely. I am a constantly evolving artist/human/creature of the Earth. It’s amazing! I feel I grow with every song not only into a better performer/writer/rapper but into a better version of myself. I think that’s how art should be, a constant push toward progress & development. With all music, I hope it touches folks. I hope they connect to it in some way and they feel even a slight twinge of being seen. I’ve realized a lot with this project about making art, about completion. I’ve also learned a lot about how to push myself! I’m so proud of myself.

While you’re all independent artists thriving on your own, it’s common to hear your name mentioned in the same breath alongside other local rappers like DoNormaal and Guayaba. I’ve heard you talk about the importance of building community and ambitions for breaking through to the mainstream. What do you think is the value of establishing a musical community like this and how have you seen it play out so far?

The music business is exactly that, a business. Everyone is trying to obtain a goal that, let’s be honest, is pretty damn hard to obtain. A lot of folks are out for themselves, a lot of folks are ready to sabotage, a lot of folks are looking for the next wave to catch or idea to jack. Having a solid, genuine group of people to ride this with is beyond important. It’s essential. We not only encourage and support each other (literally want their success just like I want my own) but we also bounce ideas off each other, discuss treatment & payments, and help one another figure it all out. I tell my friends all the time it isn’t a coincidence we all met. We need each other to build.

Your performance at Block Party at The Station is billed as part of DoNormaal’s set alongside a stacked billing of Guayaba, Raven Matthews, Astro King Phoenix, J-Nasty, and many others. Any hint at what can we expect with all these great local artists on the same stage?

NO HINTS. Nah, I’m kidding. It’s gonna be amazing like you can pretty much always expect from us. Our individual energy completely multiplies when we combine. I’m stoked to just go hard (last performance I cut my hand & the one before that broke a nail) and give the people a show they will hold with them for moments after.

Since Fresh Cut Flowers, you’ve already appeared on Astro King Phoenix’s “Wake Up” single. Are you planning on keeping the momentum going? What can we expect from you next?

I’m literally just getting started. That’s the best part about all of this. You’re catching me at the beginning. In the months to come your gonna see me featured on a few other cool tracks. I have visuals, singles and a new EP coming. It’s only getting better. 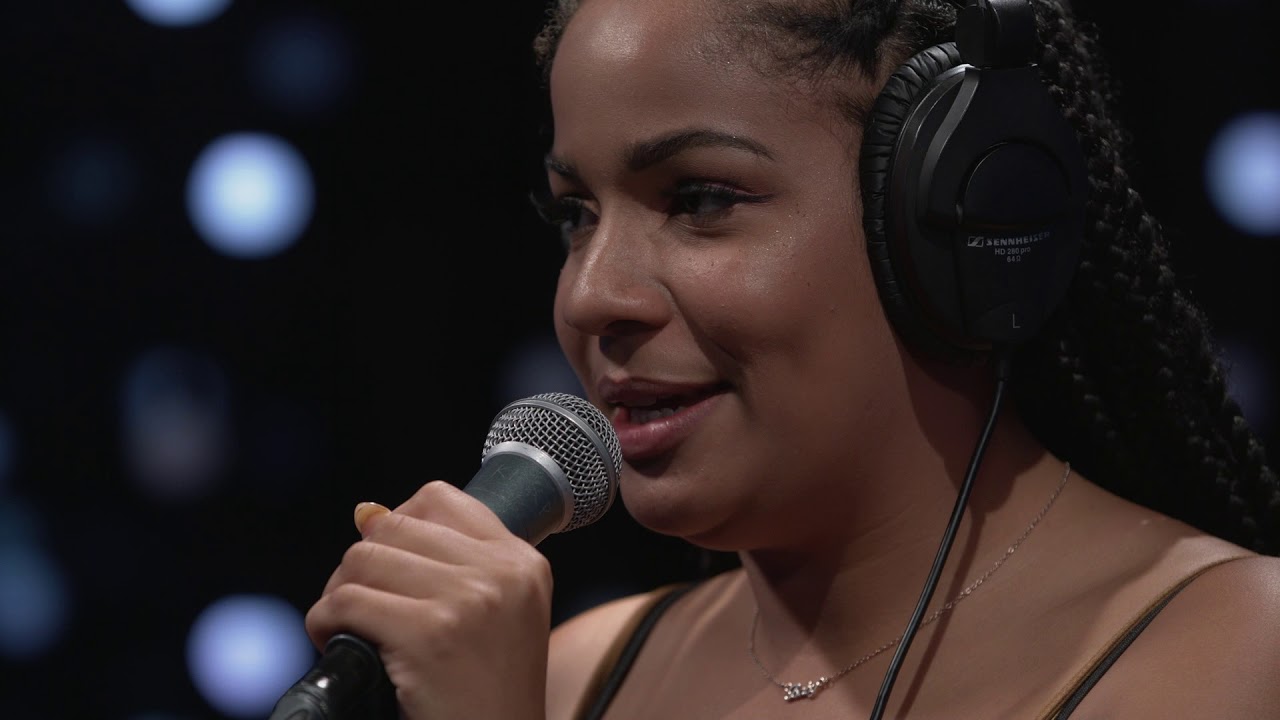